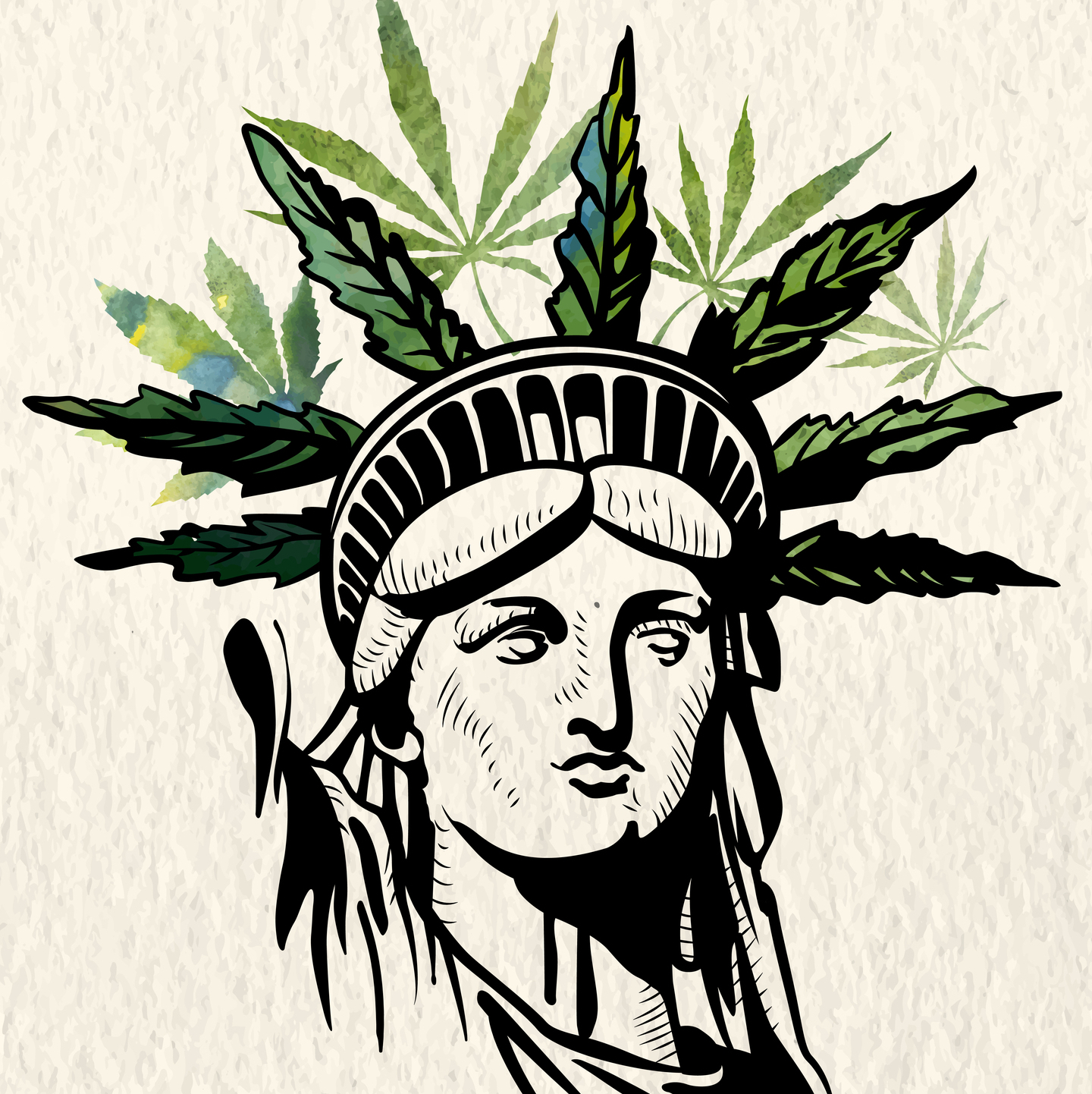 British colonists recognized the agricultural value of hemp and brought it in droves in the 1700s. As the century turned, the medicinal value was being recognized more and more, and by 1850, cannabis was listed in the US Pharmacopeia (our national drug formulary) as a treatment for a variety of conditions including alcoholism.

In the early 1900s, Mexican immigrants were bringing in their own “marihuana” and worried citizens outlawed the drug city by city in the hope of displacing immigrants. Many people didn’t even know cannabis was the same thing as marijuana when passing these ordinances. Films like Reefer Madness and William Randolph Hearst’s publications also contributed to the stigmatization of marijuana and the passage of the Marihuana Tax Act of 1937, which essentially outlawed the drug’s use as medicine. Meanwhile, new forms of medical administration, such as the hypodermic needle, meant drugs could be injected directly in to the bloodstream for instant effect.

As time went on, people using cannabis/marijuana were seen as part of a disturbing counter-culture movement. Anti-government radicals and hippies. In 1970, Congress passed the Controlled Substances Act, listing cannabis as a Schedule 1 controlled substance having no medical value. Shortly thereafter President Nixon threw out a government-sponsored report to supporting marijuana legalization. President Reagan picked up the reigns with the Anti-Drug Abuse Act of 1986, which put sentencing guidelines for marijuana possession on par with heroin.

In 1996, California passed the Compassionate Use Act, bringing widespread attention back to the medical value of marijuana and showing what a regulated cannabis market could look like in the world’s sixth largest economy. California’s leadership in this area is seen as a tipping point bringing additional visibility and attention to cannabis as medicine. Currently, 33 states and the District of Columbia have passed regulations permitting the use of cannabis or cannabis derivatives for various medical conditions, with approximately 64% of the US population now supporting complete legalization.