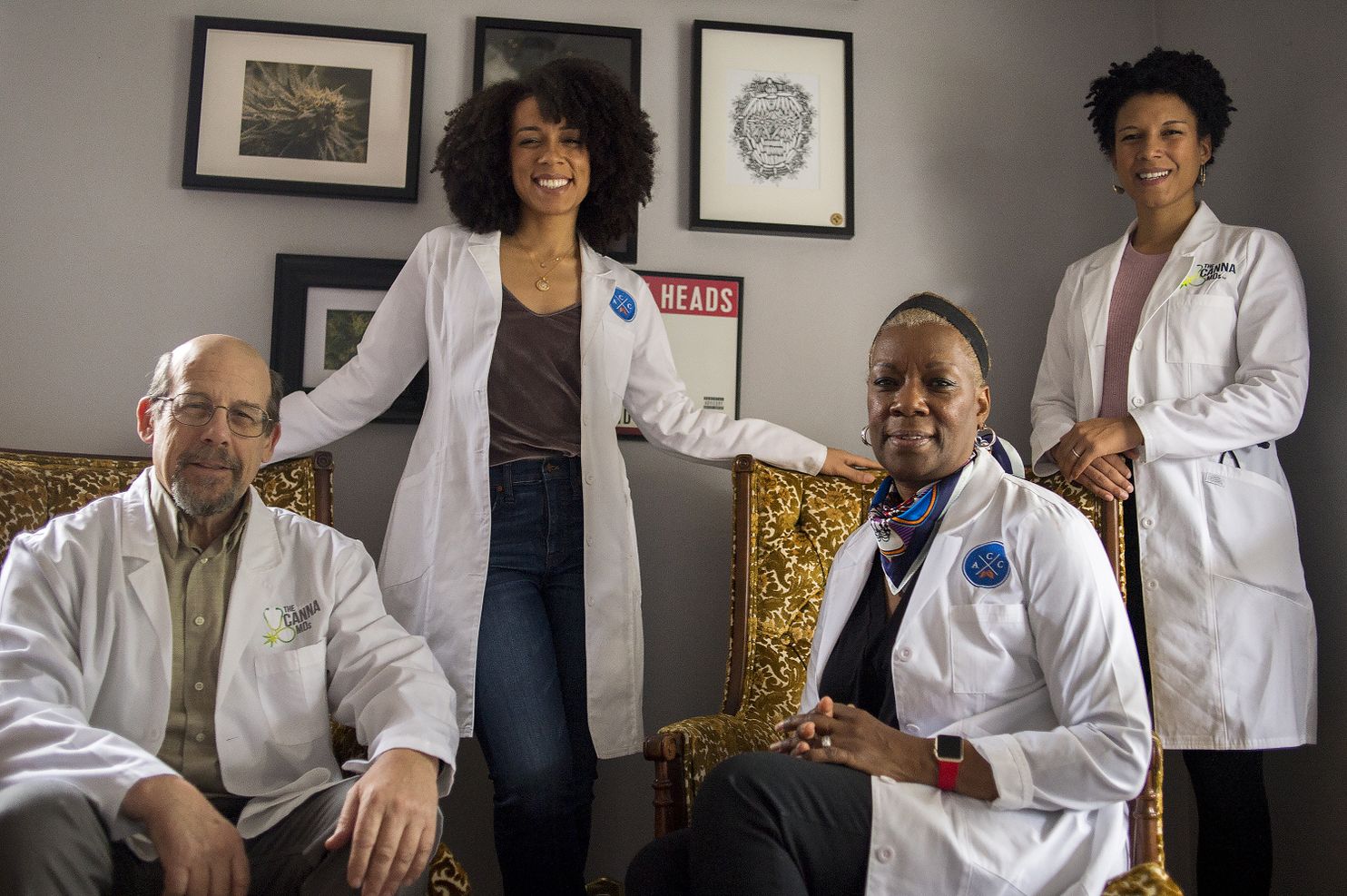 The subject of marijuana often stirs up our emotions for one reason or another. Whether you’re a staunch supporter of legalization or believe it does more harm than good, the odds are good some of the information you’ve heard is misleading or outright false.

While cannabis is not without its side effects, medical marijuana has been shown to have real benefits, such as easing patients’ suffering. And when it comes to the topic of pot, especially for medicinal use, these Harvard doctors aren’t holding back about dispelling myths.

These doctors are busting all kinds of medical marijuana myths

The Knox family consists of four doctors (whose vast educational experiences include Harvard) in Portland, Oregon, who specialize in medical marijuana. They’re all about proving medical marijuana myths wrong, particularly the patient stereotypes.

“I was shocked to see the people that came into card mill,” said Janice Knox, the clinic’s founding doctor. “Grandmothers, grandfathers, people with seeing eye dogs. They weren’t at all who I expected. … These were people who conventional medicine had failed.”

Harvard doctor Peter Grinspoon busts the myth that cannabis use always leads to getting high. He touts the benefits of CBD oil, the extract from the hemp plant with little, if any, intoxicating properties. CBD-dominant strains have little or no THC, so medical patients who use them can enjoy pain relief without the altered consciousness.

Grinspoon goes on to say 85% of Americans support legalizing medical marijuana, and it is estimated that at least several million Americans currently use it. In fact, only one demographic, older Silent Generation conservatives, seems to be against legalization these days.

Marijuana creates issues in the bedroom

Dr. Jordan Tishler, an M.D. from Harvard, studies matters of sex and cannabis. And according to him, marijuana can be used to treat sexual dysfunction issues, such as low libido and premature ejaculation. There is a myth that medicinal marijuana can only be used for serious illnesses, such as cancer, but it actually does much more.

Marijuana doesn’t require a proper dosage, like other medicine

Tishler also cautions people not to get too carried away. He recommends a low dosage, especially in men because (as he puts it) “it’s difficult to maintain an erection, etc., when your head is orbiting Jupiter.” He recommends the use of topical oils, though he notes they often take awhile to kick in.

Marijuana is not better than opiates for pain control

The most common use for medical marijuana in the United State is for pain control. Part of its allure, Grinspoon says, is it’s clearly safer than opiates. Unlike with opiates, you can’t overdose on marijuana, and it’s also far less addictive. While marijuana isn’t strong enough for severe pain, such as post-surgical aches, it’s very effective for the low-key chronic pain that affects millions of Americans.

Our officials are properly informed

It’s important to dispel these medical marijuana myths because they might actually prevent patients from getting the help they need. And it’s admirable that these Harvard doctors are speaking up because there are still a lot of misinformed people. This includes Attorney General Jeff Sessions, who has repeatedly made misleading claims about marijuana. Sessions has called cannabis dangerous and highly addictive and said medical marijuana has been “overhyped” — none of which are true.

First, the bad news: Like tobacco smoke, marijuana smoke contains carcinogens. However, pot smokers (even the hardcore ones) typically consume much less smoke than cigarette smokers. A 2006 UCLA study concluded that even heavy marijuana use does not lead to lung cancer. So, while smoking anything is hard on your lungs, an occasional puff won’t send you to the oncologist.

Marijuana is as dangerous as LSD or heroin

The Drug Enforcement Administration placed marijuana on a list of controlled substances right alongside the most dangerous drugs, prompting myths that cannabis use is equally as dangerous as the other Schedule 1 drugs. But considering there is not one documented case of someone dying from a marijuana overdose (while legal prescription drugs and alcohol kill thousands of people every year), it’s safe to say this is a lie.

Early evidence from Colorado and Washington, the first two states to legalize recreational cannabis, actually suggests violent crime and property crime rates dropped slightly after legalization. And though that doesn’t necessarily mean the crime rates were lower because of legalized marijuana, it’s safe to say legalizing it doesn’t cause a crime spike.

Youth usage rates are on the rise

Jeff Sessions has perpetuated this myth. But according to Washington’s 2016 Health Youth Survey, use rates among teens has remained flat, “notwithstanding the legalization of marijuana in 2012.” And between 2014 and 2015, there was a 12% drop in youth rates in Colorado.

One of the most popular arguments against marijuana is it damages your brain. But research indicates it doesn’t, even heavy use. Studies have shown long-term marijuana users may have a very small impairment in memory and learning. Otherwise, their test scores were similar to non-users.

Marijuana is a gateway drug

A popular misconception that refuses to die is marijuana is a gateway drug — meaning, once you try it, you’ll be curious about other illegal substances. While it’s true that those who use illegal drugs are statistically more likely to use marijuana, correlation is not causation. According to the latest National Household Survey on Drug Use and Health, slightly less than half of people over 12 have tried marijuana, while less than 15% have used cocaine and 2% have tried heroin. If marijuana were causing other drug use, the rates for other drugs would likely be higher.

Marijuana is not harmless. But the lies that have been circulating our country for the better part of a century make it seem much worse than it is.