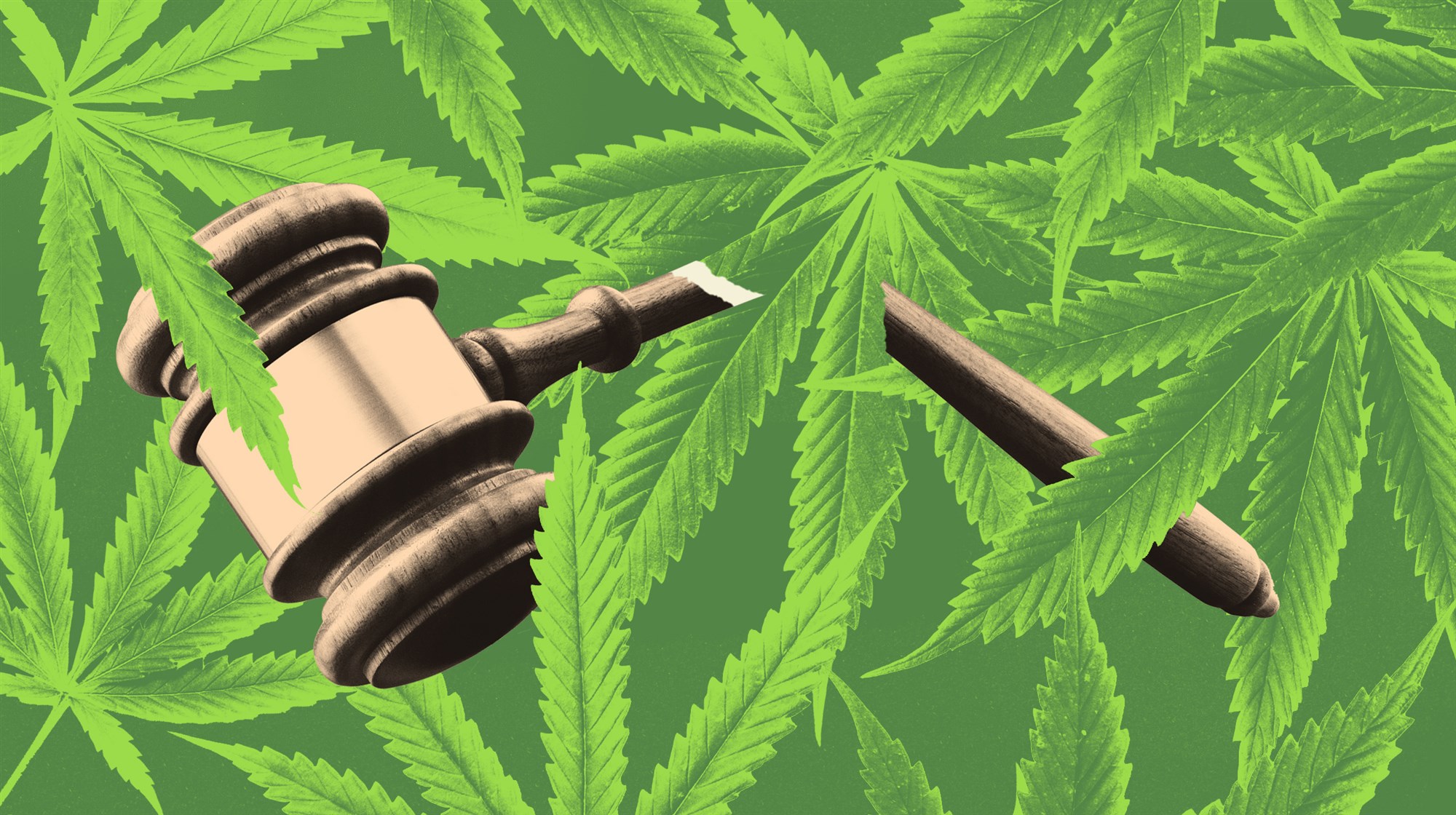 State lawmakers finalized a deal on Thursday to legalize recreational marijuana in New York, paving the way for a potential $4.2 billion industry that could create tens of thousands of jobs and become one of the largest markets in the country.

The deal would allow delivery of the drug and permit club-like lounges or “consumption sites” where marijuana, but not alcohol, could be consumed, according to details obtained by The New York Times. It would also allow a person to cultivate up to six marijuana plants at home, indoors or outdoors, for personal use.

If approved, the first sales of legal marijuana are likely more than a year away: Officials must first face the daunting task of writing the complex rules that will control a highly regulated market, from the regulation of wholesalers and dispensaries, to the allocation of cultivating and retail licenses, to the creation of new taxes and a five-member control board that would oversee the industry.

The deal was crafted with an intense focus on making amends in communities impacted by the decades-long war on drugs. Millions of dollars in tax revenue from cannabis sales would be reinvested in minority communities each year, and a sizable portion of business licenses would be reserved for minority business owners.

“A percentage of revenue that is raised will get invested into the communities where the people who suffered mass incarceration come from and still live in many cases,” said Assemblywoman Crystal D. Peoples-Stokes, a Democrat who has spearheaded the legalization effort in the lower chamber for years. “For me this is a lot more than about raising revenue: It’s about investing in the lives of the people that have been damaged.”

The governor’s office had previously estimated that legalizing marijuana could generate about $350 million in yearly tax revenue once the program was fully implemented, which could take years.

With New York following the lead of more than a dozen states in legalizing recreational marijuana, Democratic lawmakers sought to fashion their proposal on the best practices from other states, hoping to make New York’s program a national model.

The final language of the legislation was still being reviewed on Thursday, but a bill could pass the Democratic-controlled State Legislature as soon as next week, according to three people familiar with the negotiations.

“When this bill is finally voted on and signed, New York will be able to say we have finally undone damaging criminal justice laws that accomplished nothing but ruining people’s lives,” said State Senator Liz Krueger, a Democrat who led the negotiations in the upper chamber. “We will finally be able to say we’re going to have an industry for cannabis that assures people who buy the product that they are buying a legitimate product from legitimate companies.”

The yearslong push to legalize recreational marijuana in New York, a proposal that often found its momentum stalled by some political trip wire, received an unexpected boost from Mr. Cuomo’s recent political scandals.

Democrats began the year cautiously optimistic they would reach an agreement. New Jersey had recently legalized the drug, putting pressure on New York to follow suit, and the state was in dire need of new tax revenue after the pandemic decimated state coffers.

For Democratic lawmakers, it was a matter of bridging the differences between their marijuana bill and the governor’s proposal, which he unveiled earlier this year.

But the negotiations were thrown into question when multiple women began accusing Mr. Cuomo of sexual harassment in late February. The accusations, along with scrutiny over his handling of nursing homes during the pandemic, engulfed his administration in scandal and left his political future in the balance.

It turned out, however, that striking a deal to legalize cannabis became a higher priority for Mr. Cuomo, as several lawmakers and lobbyists surmised that the governor may have wanted to shift attention away from his compounding crises. Marijuana legalization was both a headline-grabbing issue and a policy measure popular with voters.

Nearly 60 percent of New York voters favor legalizing recreational marijuana, according to a Siena College poll from March. Among Black voters, a crucial part of Mr. Cuomo’s electoral base, which he has been appealing to recently, 71 percent said they favored legalization.

The marijuana proposal was initially being negotiated as part of the state budget, which is due April 1, but lawmakers said it would be fast-tracked to be voted on as a stand-alone piece of legislation.

Mr. Cuomo typically wields outsize influence during budget negotiations, but as his scandals mounted and many members of his party began calling for his resignation, the governor’s stature diminished.

Democratic lawmakers suddenly had newfound leverage. They seized the opportunity to press for their demands and negotiate a deal that more closely mirrored their existing legislation, the Marijuana Regulation and Taxation Act, or M.R.T.A., a proposal heralded by a coalition of statewide activists.

Some veteran lobbyists and lawmakers, long accustomed to Mr. Cuomo’s strong-arm negotiating tactics, said they were astonished by the torrent of concessions the governor was willing to make to reach an agreement.

The governor had previously insisted that the executive branch retain most of the control over the tax revenue, while lawmakers insisted on allocating a large portion of the proceeds to communities with high marijuana enforcement rates.

Under the current deal, lawmakers appeared to get their wish: Forty percent of most tax revenues would be reinvested in communities disproportionately affected by the war on drugs; 40 percent would be steered to public education; and the remaining 20 percent would go toward drug treatment, prevention and education.

The retail sale of marijuana would be subject to a 9 percent state tax and a 4 percent local tax.

The deal also includes “equity programs” that would provide loans, grants and incubator programs for small farmers and people from disproportionately impacted communities who want to enter the industry.

One goal of the legislation is for half of the program’s business licenses to go to so-called equity applicants, which could include disabled veterans, minority- and women-owned businesses, and people who have relatives with a marijuana conviction.

The proposal also would eliminate penalties for the possession of less than three ounces of cannabis and allow for the automatic expungement of records for people with convictions for illegal activities that are no longer criminalized.

The legislation will seek to improve the state’s existing medical marijuana program, which for years has been criticized as too restrictive. It would significantly expand the list of medical conditions covered, as well as allow patients to smoke or vape medical marijuana and to receive a 60-day supply of the drug, doubling the current 30-day cap. Medical marijuana companies would also be allowed to enter the recreational market.

Staff members from the State Legislature met until late Tuesday night and all day Wednesday as they scrambled to reach a consensus.

Among the final sticking points were safety issues related to a potential increase in impaired driving if the drug were legalized, and how the state’s vehicle and traffic laws would address those concerns. Many Republicans, who are in the minority in the Legislature, oppose legalization, as do some physicians, law enforcement groups and the state’s parent teacher association.

Mr. Cuomo, a Democrat in his third term, had long opposed legalization, describing weed as a “gateway drug” just a few years ago. His position evolved in 2018 as neighboring states spearheaded similar efforts and he faced a primary challenge from Cynthia Nixon, a progressive who made marijuana legalization a pillar of her campaign.

The momentum accelerated when the Democratic Party regained full control of the State Legislature in 2018 for the first time in a decade and vowed to prioritize legalization. But attempts to do so unraveled repeatedly.

In 2019, a deal crumbled following differences over how to spend tax revenues from cannabis sales and dole out business licenses. In 2020, the pandemic response derailed a renewed legalization effort.

The move to regulate the drug is partly aimed at absorbing the state’s illicit market for marijuana, a goal that would largely hinge on the convenience and affordability of legal cannabis products.

The cannabis market in New York is currently estimated to be $4.6 billion and is expected to grow to $5.8 billion by 2027, according to a recent study commissioned by the New York Medical Cannabis Industry Association. The state could capture and tax $1.2 billion of that market by 2023 and $4.2 billion by 2027, depending on the rules and regulations, the study said.

An earlier version of this article incorrectly stated, in one instance, the size of the cannabis market that New York State could tax. It is an estimated $4.2 billion by 2027, not $4.7 billion.